The Darkest Hour Is Just Before The Dawn 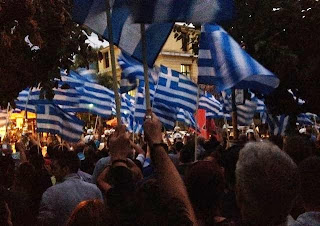 Its been sometime since my last post in this blog. Previously i mentioned something about an anti-Nationalist hysteria in Hellas.
Between this post and the one i`m writing now a lot of things happened. People intrested in European Nationalist things, more or less they know already whats going on in Hellas. 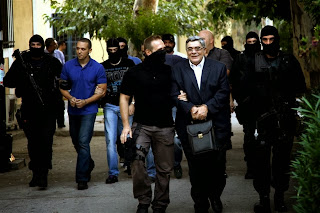 To put in short. There was several arrests and imprisonments. Amongst them is the leader and two MPs of the Golden Dawn. Also, Police searched several houses(Something like 30 so far), oftenly to people who were not members of Golden Dawn, but only supporters or just friends. This
was the result of desperate attempts to find weapons together with Golden Dawn flyers and leaflets.
So far the goverment try through justice to ban G.D. as a "criminal organization" (Something similar to Koza Nostra) with the plan "to overthrow democracy". This can have a penalty of 10-20 years in jail.
Also "suddenly" appeared 4-5 "ex-members of G.D." who with their names hidden ("Protected  by police" the media said) testified against this "criminal organization". To understand how serious this testimonies was , one of them said that G.D. had crypts full of heavy weapons around the mountains of Athens, a tank ready to enter in parliament
and also that members oftenly slaughter sheeps in order to train how to cut human throats. And several other similar comical accusations which as it seems the authorities take serious (Or this is just what they say in the media). 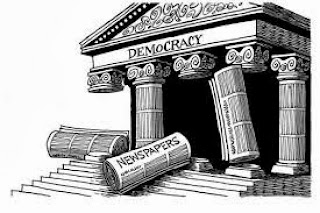 But, despite the almost 24h hour propaganda in the TV news and all the front-page articles in every newspaper, according to the latest statistics GOLDEN DAWN is still the 3rd party in Hellas. With 7-9% (Based on goverment statistics, in reality the % is much bigger)

As many famous and the most known lawyers said , this case more or less will in the end turn against the goverment and G.D. will be back stronger cause there is no evidences or proofs for all the accusations, also the arrest and imprisonment of the leader and the GD MPs is completely Illegal, and against the constitution when come to a parliament party and its leader.

The intimidation tactics so far , more or less failed. As i`m writing these lines , the investigation "against the criminal activity of Golden Dawn" is still going on and in the panic and fear that the establishment have , none knows in which house they gonna invade, or how many will be arrested and get in prison because of false accusations by pseudo-members, journalists and the yellow press.

The truth is, that as they already know its quite hard to put an end to Golden Dawn as its a movement with deep roots to the folk.  FORWARD THE FLAGS! 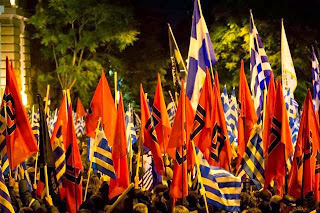