The Return of Asgardsrei! 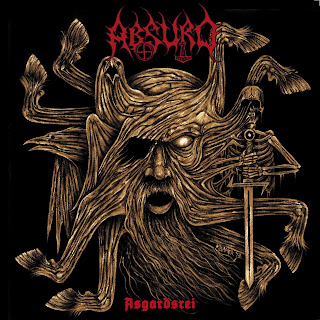 "Once upon a time, "Asgardsrei" was recorded in a hurry and without any sound engineer who would assist the band at mixing and mastering their recordings. Hence the initial mixdown, done by the band, suffered from serious flaws affecting the intended impact of this album. Regardless of that, after the release in 1998 "Asgardsrei" was soon to be hailed as a pillar of German Black Metal in general as well as of NSBM in particular.

The band was never satisfied with the sound of this album, though. Many years and re-releases later, the original ADAT-tapes resurfaced all of a sudden. It was decided to seize upon this opportunity and to have the original recordings remixed and remastered. One of the best sound engineers in Black Metal started to work on the rough material, and his final achievement has ultimately exceeded any and all expectations.

After more than 12 years, the Tyrants of German Black Metal celebrate their triumphal return in all glory and hatred! Remixed, revised, remastered: The Return of Asgardsrei!"