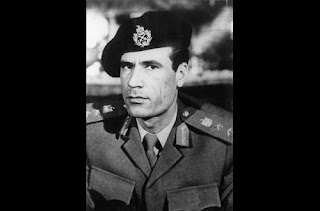 I was waiting to see how will end the war on Libya so to write my thoughts and opinion about it. It was more or less expected what will happen in the end.

I belong to the category of the people who is not pro or anti Gaddafi. For sure, The person we saw the last years had nothing to do with the old fanatic officer and Military leader. Gaddafi had become a shadow of his old self. A typical example of a corrupted african dictator resting in his gold, villas and swimming pools.
It is quite known since the the time of Thucydides and his "History of the Peloponnesian War" that as long as nations and countries exist, the strongest will always looks reasons to steal the wealth of the weak. Exactly the same happened in the case of Libya. USA and its armed wing named Nato , together with traitors within the country put in target the oil of Lybia. 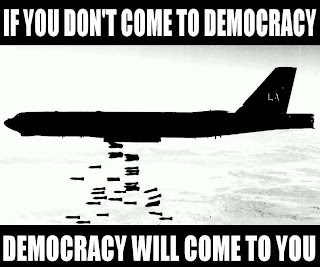 The death of Muammar Gaddafi , his execution and the desecration of his body is one more example about the hypocrisy of what today is called "West" and its so called "justice" and "human rights" who as it seems are only for any ape criminal in the prisons of america but not for a person who ruled a country for more than 40 years.
We are not sure what exactly happened before his arrest from the so called "Freedom fighters". Now his body lies in a butcher shop so all these rats to take pictures with their cellphones. I`m not going to put the video here , google it and you`ll find it. What i`ll put here is one more video from the reaction of Hillary Clinton upon the news of his death. Her words says a lot (Notice the "we"). Its a message to all directions of whom have the control now in Libya. And let those traitors and dogs speaking about "free" elections and democracy.