Robert E. Howard is Back! 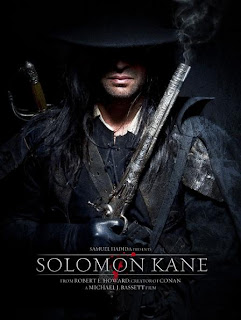 2007 & 2008 was really bad years concerning cinema. During this period there was only perhaps 1-2 films that saw the light of the day. That was a big dissapointment for me as i always believe that a good film can be like a good album or a book. Enjoyable and the same time inspiring as well.
It came as pleasant suprize to me when a comrade informed few days about the movie version of Robert Howard`s "Solomon Cane". I visited the film`s page in Wikipedia to find out more information about the film. I was really glad when i saw two good actors there. Max Von Sydow and James Purefoy. The first one doesn`t need any special introduction i think as we all know him from Cult movies like "The Seventh Seal" & "The Virgin Spring" (At a younger age) and also his great appearance as "Father Merrin" later to the famous "The Exorcist". I`m pretty sure that the guy will fit to the movie perfectly. As for James Purefoy, the first time i saw his work was in "Rome" series in the role of "Marc Antony" , i was quite impressed with his great appeareance and brilliant playing (After we all know how hard is to play a role that actors like Richard Burton played before). I think James Purefoy is a person that will fit to the role of "Solomon Kane" himself without doubt as he already proved that he is a very talented actor.
There is not much room in the works of Robert Howard for political correctness. Though, nothing will suprize me as the claws of Multi-racial tyrrany are pretty much everywere in this dark days. Still, "Solomon Kane" is a film that i`ll definately have an eye open for it. The same i`ll suggest to anymove who likes Heroic/Horror Fantasy.
Time Shall tell...