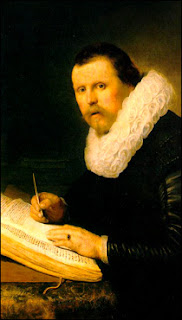 Most of you already know the online library Wikipedia. Today i found METAPEDIA, which from the first view i had looks pretty good! I`m always glad to see people like us, with the same passion about our European Heritage & History to come with such nice ideas. They deserve our full support and respect!!!
Below is the Metapedia Mission Statement and link:
Metapedia is an electronic encyclopedia about culture, art, science, philosophy and politics.
The word 'Metapedia' is derived from two concepts from classical greek: 'meta' that means 'outside' or 'beyond'; and 'enkyklios paideia' that means 'encyclopedia'. The name has a dual symbolic meaning:
Metapedia sets its focus on topics that usually are not covered in — i.e. that falls outside of — mainstream encyclopedias.
Metapedia has a metapolitical purpose, to influence the mainstream debate, culture and historical view.
The project is still in its early stages, but the database is growing every day and you are heartily welcome to contribute to the growth of this valuable and unique encyclopedia.
Metapedia:Mission statement
Being able to present one’s own definitions of concepts as well as interpretations of various phenomena and historical events is a vital part of every metapolitical and cultural struggle. This is more important than ever in these modern times, where many concepts have been distorted and lost their original meaning – which can be regarded as a result of our political opponents’ successful cultural struggle.
The possibility to influence the language is vital if you want to shape people’s world view. The Frankfurt school and their ideological heirs are good examples in this regard, and have been very successful in stigmatizing previously natural and sound values and attitudes and making them seem pathological by inventing and popularizing concepts such as "xenophobia” and the like. This clearly illustrates the power of language and words, and it is therefore important that we start re-conquering our languages.
Another important purpose of Metapedia is to become a web resource for pro-European activists. Metapedia makes it easy for our cadres to expand their knowledge on various important subjects, and also functions as a searchable reference.
Furthermore Metapedia gives us the opportunity to present a more balanced and fair image of the pro-European struggle for the general public as well as for academics, who until now have been dependent on strongly biased and hostile “researchers” like Searchlight, Anti-Defamation League, Southern Poverty Law Center, Simon Wiesenthal centre, and such.
http://en.metapedia.org/wiki/Main_Page