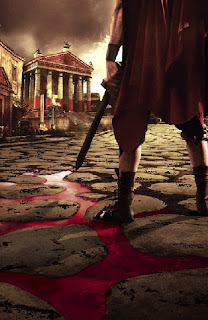 It seems that lately i can`t get much from Ancient Rome. Just finished lately the watching of 2 documentaries. The first maded by BBC and titled "Ancient Rome - The Rise and Fall of an Empire" and the 2nd maded by History Channel and titled "Ancient Rome: The Story of an Empire that Ruled the World". But, before those two documentaries another series came to my attention. The title of it is "Rome". I did a small search on internet about it and it seems that i`m now in front of another good piece which i`ll have in my hands very soon!

For those who are intrested, here is a link that you can see many episodes from this series and take a good taste about the "ROME" :
http://tv-links.co.uk/show.do/1/76
Posted by T.K. at 22:57