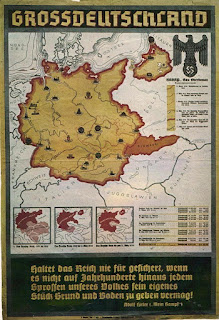 "Ruiter Productons is a creative video production company based in The Netherlands that creates digital video content.

In 2007 Ruiter Productions has been founded by Jeroen Ruiter. In 1999 Jeroen started to create video productions as a hobby. In early years he simply edited the raw footage without music and only a few titles. Later on music and enhanced titles where added.

The most impressive achievements are the Now & Then series in which Ruiter Productions goes back to specific places playing an important role before, during and shortly after World War 2. Photo images of that period are used to let the viewer experience the time difference. The current series involve Nürnberg, Obersalzberg, München and Graz. Future release are planned."


Nürnberg -The Reichsparteitage of Adolf Hitler