The Real Bosses of Hollywood 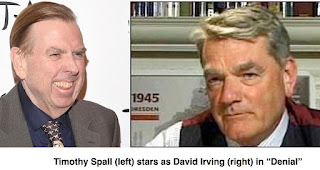 Few days before the official premiere of "Denial". A film which its easy to figure out how accurate on the real facts its plot will be. As it looks , we are before another libel sponsored by the well-known international gang. No way to ever see this film ofcourse. Just grabbed the chance to remember for one more time who are the real bosses of hollywood.

Here is some intresting parts from an interview taken from Rachel Weisz (who is the main actress in "Denial"). This will be another proof, to keep us in mind when we are watching a film who is the sponsor behind it.


Interview parts (the underlines are mine) taken from INDEX MAGAZINE (2001

EMMA: But, you see, you're holding back from saying what you said at the store, which was that you thought you looked too Jewish. Is it limiting as an actress to be perceived as being too ethnic in any way?

RACHEL: Well, I think you and I have always felt the same way — that we're Jewish but we can get away with just being exotic. We're kind of Jews in disguise. Those cultural stereotypes about the Jew with the big hooky nose and the fleshy face rub off on you. That's terrible to admit, isn't it.

EMMA: Well, it's that Jackie Mason joke about how no Jewish woman wants to look Jewish: "'You think I look maybe a little Italian, I look a little Russian, perhaps I can be Spanish?' … 'You look Jewish!'"
RACHEL: Hollywood's run by Jews. I was advised by an American agent when I was about 19 to change my surname. And I said "Why? Jews run Hollywood." He said "Exactly." He had a theory that all the executives think acting's a job for shiksas.

EMMA: Of all the self-loathing Jews in the world, the most self-loathing are the Hollywood Jews. They don't want to see images of themselves on screen. That's why Lauren Bacall had to hide her identity, and Winona Ryder changed her name from Horowitz.
RACHEL: In some way acting is prostitution, and Hollywood Jews don't want their own women to participate. Also, there's an element of Portnoy's Complaint — they all fancy Aryan blondes. 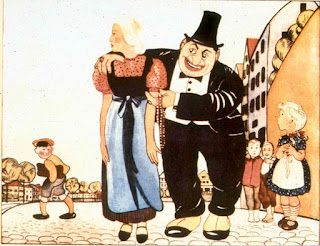