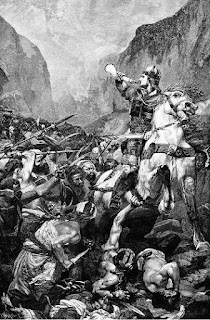 "The count Rolland, though blood his mouth doth stain,
And burst are both the temples of his brain,
His olifant he sounds with grief and pain;"

Narrated in the heroic chant, of how the sky teared apart and reign of darkness that followed by lightnings, hail, thunders shake and crack the walls of houses. Thirty leagues away, Roland`s horn blow its last call. Does anybody listening in this sleeping Europe of shame? 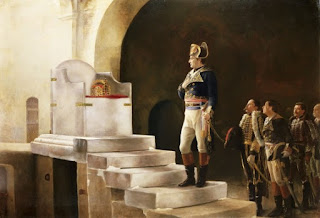 Within the walls, the saracens now transformed with tricolore t-shirts. And the erosion is unfortunately so deep enough, that someone ill-natured would easily support that the modern French slowly mutate into an immigrant-folk from northern and sub-saharan africa.
However, we, the last "reactionaries", we know with certainty that our proud cousins, the Celts and Franks of France, still live there. And together with them we wait the change of times, untill to hear at last the ultimate trumpet call...

"High were the peaks and shadowy and grand,
The valleys deep, the rivers swiftly ran.
Trumpets they blew in rear and in the van,
Till all again answered that olifant."

The Lyrics: From "The Song of Roland"
The Painting: "Napoleon At Charlemagne`s Throne" (Henri-Paul Motte, 1898). Napoleon in Aachen at 1804.
The Saracens: About 5 million muslims live today in France
The Photograph: The national football team of france in Mundial 2004. Prophetic picture to a bleak future of Europe? 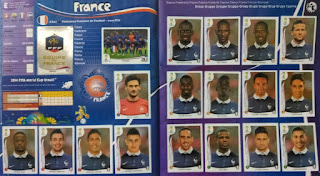