There is much talk around about the supposed "homosexuality" in Ancient Hellas. Most people have not searched the matter further and take as a fact speculations maded pseudo-historians in 20th century (Mostly). Though , if someone question them about their sources there will bring nothing cause there is absolutely nothing. The truth is that the city/states of Ancient Hellas had the most strict laws against homosexuals. Ofcourse, there was homosexuals , as in every nation and every age. The point is what the official state did about it and how the society treated them.


Starting with the Basic:

The words Homos/Homosexual/homoerotic e.t.c. in NOWHERE to be found in the ancient writings (Historical & Philosophical).
The word that Ancient Greeks used for homosexuals was "Kinaidos" , a very offensive word which means "those who bring shame" or "Causer of Shame"
or "He who will bring the curse of Aido". Aido = Goddess who punish moral transgressors (She was a companion of Nemesis , the Goddess of Revenge) 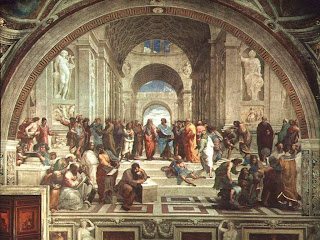 "If any Athenian shall have Etairese (Same sex companionship) He shall not permited to:
1) Become one of the nine archons
2) Nor to discharge the office of priest
3) Nor to act as an advocate of the state
4) Nor shall he hold any office whatsover, at home or abroad, wheter filled by lot of by ellection: He shall not sent as a herald.
5) He shall not take part in debate, nor be present in public sacrifices
6) And he shall not enter within the limits of the place that has been purified for the assembiling of the people. If any man who has been convicted of ilegal sexual activities contrary to this prohibitions , he shal be put to death"
Aeschines "Kata Timarchou" , 21


About Kinaidos "..nor shal they have the right to speak , nor to bring a charge before the court"
Demosthenes "Kata Androtionos" (Par.30)

"Male doesn`t touch male for this purpose, since its unatural..."
"When male unites with female for procreation the pleasure experienced is held to be due to nature (Kata physin), but its contrary to nature (Para physin) when male mates with male or female with female and that those guilty of such enormities (are) impelled by their slavery to pleasure"
Plato "Laws"

Also, according to the Athenian law, the citizens convicted for homosexuality have their citizen rights removed (Becaming low class citizes - Metikoi) same goes also for their right to vote and also to appear to public places (Temples , athletic centres , forums e.t.c.). 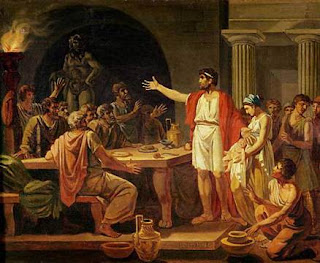 Coming to Sparta, which had very strict laws as well. Lets see what Xenophon writes in his book about the Spartan state and its laws.

"The customs instituted by Lycurgus were opposed to all of these. If someone, being himself an honest man, admired a boy’s soul and tried to make of him an ideal friend without reproach and to associate with him, he approved, and believed in the excellence of this kind of training. But if it was clear that the attraction lay in the boy’s outward beauty, he banned the connexion as an abomination; and thus he caused lovers to abstain from boys no less than parents abstain from sexual intercourse with their children and brothers and sisters with each other."
Xenophon "Constitution of the Lacedaimonians" 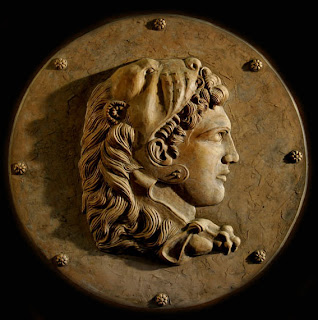 THE CASE OF ALEXANDER THE GREAT

How many of you heard the Alexander The Great was a homosexual? I`m sure many, and especially after this hollywood-propaganda film "Alexander" , i think everyone got this as a "historical fact" (Even though , the jewish director Oliver Stone said after that film that this about the homosexuality of Alexander was wrong , and that he got wrong info).

Coming to the sources. None of the four major historians (Plutarch , Arrian , Herodotus & Diodorus Sicelus) who spoke about the life of Alexander mention something about a sexual relationship with any man. However, there is a scene that Plutarch described when Alexander arrived in Asia someone offered to him two young guys. Lets see what the supposed "homosexual" Alexander answered:

"When Philoxenus, the leader of the seashore, wrote to Alexander that there was a youth in Ionia whose beauty has yet to be seen and asked him in a letter if he (Alexander) would like him (the boy) to be sent over, he (Alexander) responded in a strict and disgusted manner: "You are the most hideous and malign of all men, have you ever seen me involved in such dirty(sexual) work that you found the urge to flatter me with such hedonistic business?"
Plutarch "On the Luck and Virtue of Alexander"

"When Philoxenus, the commander of his forces on the sea-board, wrote that there was with him a certain Theodorus of Tarentum, who had two youths of surpassing beauty to sell, and inquired whether Alexander would buy them, Alexander was incensed, and cried out many times to his friends, asking them what shameful thing Philoxenus had ever seen in him that he should spend his time in making such disgraceful proposals."
Plutarch "Parallel Lives - Alexander"

That was few proofs (There is a lot more!) about the supposed "homosexuality" in Ancient Hellas. Ofcourse there is many others evidences DIRECTLY FROM THE ANCIENT SOURCES. So, the next time that someone (Most of the time a faggot himself that try to put an "ideological background" to his sexual fantasies) will tell you about "how homosexuals was tolerated in Ancient Hellas" , ask him his sources ( Not Fex. This writer wrote a book in 1989 that proves it e.t.c.). Be sure that he will shut his mouth cause there is no evidence about something like this.

P.S. There was more or less the same laws in Ancient Rome and also amongst the Germanic tribes. In the next weeks i`ll make a post about it , bringing always info directly from the sources.